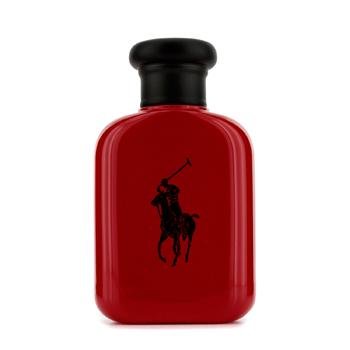 Searching the internet you are likely able to find many lists of the most expensive mens cologne, however many of these are ridiculously inaccurate.  All of these colognes are real and by clicking on the links, you can actually find where to purchase them and for the listed amount.  Check back often since we are constantly updating the list to see which ones make the cut!

Creed Aventus by Creed – mid $$/ounce – Creed Aventus you can find at about $190-220 for a 4 ounce bottle.  For this cologne make sure you purchase it at a reputable seller like straight from Amazon or Nordstrom because of fake stuff going around.  Top notes inspire with pineapple, blackcurrant, apple and bergamot. The middle notes are bursting with peppery rose, birch, jasmine and patchouli, wonderfully woody, deep and heady. At the base is oakmoss, ambergris and a light dusting of vanilla which adds the finishing touch of virile sensuality.

Amouage Reflection Man – $$$ – One of the several Amouage colognes to make the list.  According to basenotes.net, this cologne is close to the 50/50 mark as far as guys liking it.  A strong scent that is better suited for evening wear.

Amouage Dia Pour Homme By Amouage For Men – $$$/ounce – Very cool looking bottle and also a great scent. This cologne is well liked by its reviewers and you can purchase a 1.7 ounce bottle for $185 on Amazon. A great cologne to wear during the day.

Amouage Gold – $$$/ounce – This is another great job at marketing because the bottle looks awesome. You can get a bootle of Amouage Gold on Amazon for about $192 if you’re looking for a 1.7 ounce bottle.  This is a powerful floral fragrance.

Amouage Jubilation XXV – $$$/ounce – Jubilation is one of the highest rated colognes on the “most expensive cologne list”.  You can pick this cologne up for about $198 on Amazon.  This cologne is for manly men and is a great wintertime cologne.

Ambre Topaki – $$$/ounce – This particular cologne sells for about $250 for 60 ml and the only place I could find to purchase it at was kind of a hole in the wall place called lucky scent.  This scent was created by Pierre Bourdan and according to the reviews, it seems that it is an average cologne.

Tom Ford Beauty ARABIAN WOOD – $$$/ounce – This is a Tom Ford cologne that I haven’t heard a bad word from it.  You can find it for the ripe price of $225.99 on Amazon.  Most Tom Ford colognes are very opinionated but this one in particular is not.  People seem to enjoy the scent or remain neutral about it.

Amouage Memoir – $$$/ounce – You can find this cologne for about $225 for a 1.7 ounce bottle on Amazon.  Most people describe this scent as dark and mysterious.  Maybe something that a superhero would wear.  Memoir is for a manly man.

Tom Ford Private Blend Azure Lime – $$/ounce – Tom Ford’s Azure Lime gives a fresh, unexpected spin to timeless essences. Vibrant citrus notes, sophisticated florals, warm woods and sensual musk evoke the easy elegance and relaxed style of the paradisiacal island of Mustique.  You can find a 1.7 ounce bottle between $210 and $240 online but make sure you purchase it from a reputable source.

Straight to Heaven by Kilian – Mid $$$/ounce – This cologne comes in a 50 ml bottle for $235. A very well supported cologne from its users with mostly good ratings.  The cologne is described as a woody, spicy scent and was launched not too long ago in 2007.

Beyond Love by Kilian – Mid $$$/ounce – Beyond Love received excellent reviews from it’s critics.  It’s considered acceptable for both men and women to wear it. It opens with a very rich tuberose note.  A bright, fresh and invigorating scent that you can find for about $240 for every 1.7 ounce bottle.

Tom Ford Champaca Absolute – Mid $$$/ounce – Another cologne by Tom Ford that hits the list.  This cologne can be purchased from Amazon for approximately $249.95 for a 1.7 oz bottle.  This is another Tom Ford cologne that is reviewed as mediocre.  It’s approximately a 50/50 shot whether people like this scent.

Pardon by Nasomatto despite it’s high price also has the ratings to back it up.  It has Best Men’s Cologne HQ score of 87 which ranks it #7 on the list of best colognes of all time.  To the professional fragrance reviewers, the cologne will take you on an interesting journey of unique scents and is one of the newer colognes to make this list.

Clive Christian 1872 Perfume Spray for Men – $$$/ounce – Clive Christian rocks the charts as far as most expensive colognes mostly because of it’s origin.  For $279 you can find a 1.7 ounce bottle on Amazon.  Of all the Clive Christian colognes, this one is particularly a favorite.

Clive Christian’s “X factor” is a modern fragrance with a commanding, royal character of orris, cardamom, and cinnamon.  This cologne is described as a spicy, woody fragrance that is available in 1.6 and 3.4 ounces.  The least expensive place I found to purchase it was at Amazon at about $340.  Users describe the scent as evolving throughout the day.  The scent you smell immediately changes significantly throughout the day.

This scent is described as linear meaning that it smells the same 6 hours later as when you first put it on.  The scent is very strong so an ounce will go along ways.  Black Afgano makes the top 100 best men’s cologne list of all time so it’s definitely worth a shot.

Clive Christian’s “No. 1″ can be found at high $$$ at several different places for 1.6 ounces and bit less on Amazon.  This cologne is recognized as the world’s most expensive cologne and is created from extremely rare and fine ingredients.  People whom have worn this cologne describe it as having many different floral scents all at once.  If anyone has tried this cologne, I’d love to hear your comments by dropping it down below!

Now lets find the best mens cologne for you by checking out our ratings!